Here we are - Ken, Kenny Wayne and Chelsea Snyder.  Picture from December 2004

Another guy, another guitar - jammin' outside the barracks in El Toro, California, 1982

The Douglas A-4 Skyhawk (OA-4M Shown here), the plane that launched my career in aviation.

My 1983 Fender Stratocaster guitar, one of the more noticeable things I bought during my time in the Marine Corps.
Hey, I had to have something to irritate my roommates with.... 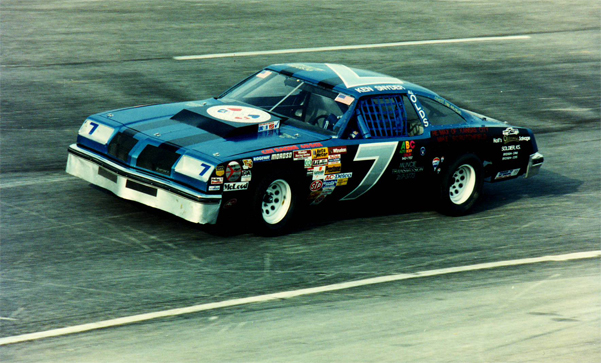 The Elfie C.- my first race car, named for my grandmother Elfie C. Rowley.  Our plans are getting clearer right now for this car, there's a page dedicated to her on the ChasinRacin section of the race site. 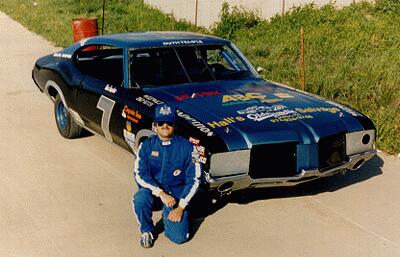 We are now rebuilding her as a road race car to compete with in the near future.  (This picture is from 1994 - she will look slightly different)
There are some pictures of the work in progress in our racing picture archive! 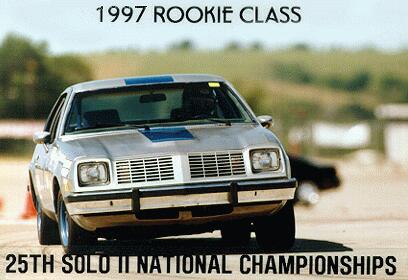 What my SCCA race car looked like in 1997 - Rookie season in Solo II! Taken at the 25th Annual SCCA Solo II Nationals - Forbes Field, Topeka, Kansas
Pictures of this car (before and after the wreck) as well as the Red Bullet (another 1980 Olds Starfire) are here.
Too bad some idiot had to run into it........

More racing pictures can be seen on our racing site

This picture means the world to me. This is the last picture of 3 generations of Snyders (as far as my side of the family is concerned) that will exist until Kenny Wayne has a son of his own. The back of this picture says August 1997, and Dad passed away on October 18th, 1997.

Coming soon -- pictures of our renovation project on the house I grew up in, that we now own!
And more pictures added when we get them scanned.......

Return to All About Ken Snyder